On Sunday, December 8, 2019, the Lancers hosted the annual Robo-Joust qualifier. They won the Think Award for the best engineering notebook and placed third for the Inspire Award for best overall team. Their robot also performed well, placing them in the winning alliance for the competition. Through their performance at the qualifier, the Lancers qualified for the New Jersey State Championship, which will take place on March 15, 2020.

The Lancers are currently prepping the venue and their robot for the Robo-Joust Qualifier. 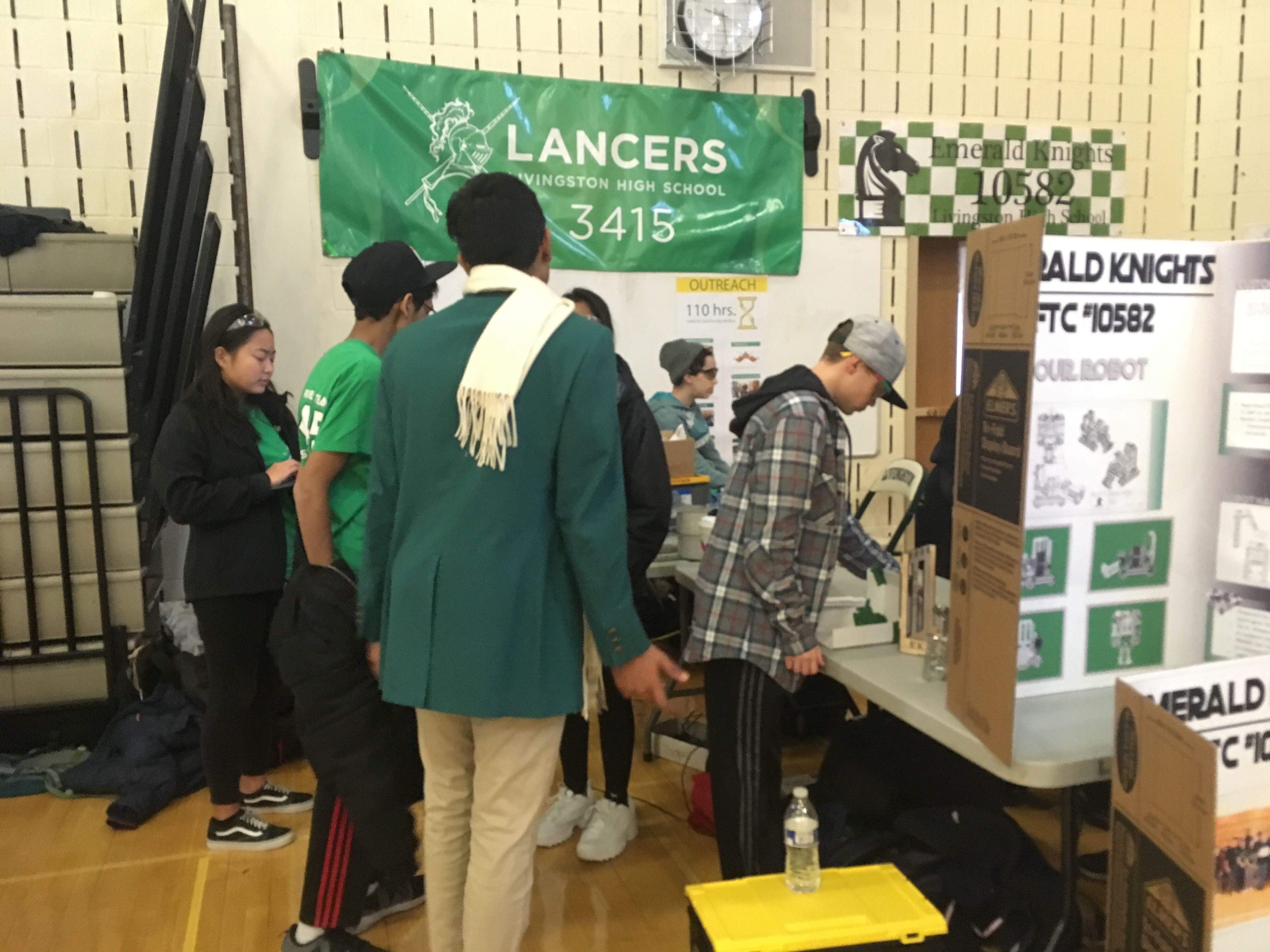 On Saturday, January 5th, 2019, the Lancers attended the Liberty Science Center Qualifier. There, they won the Design award and were nominated for the Connect award and Think award 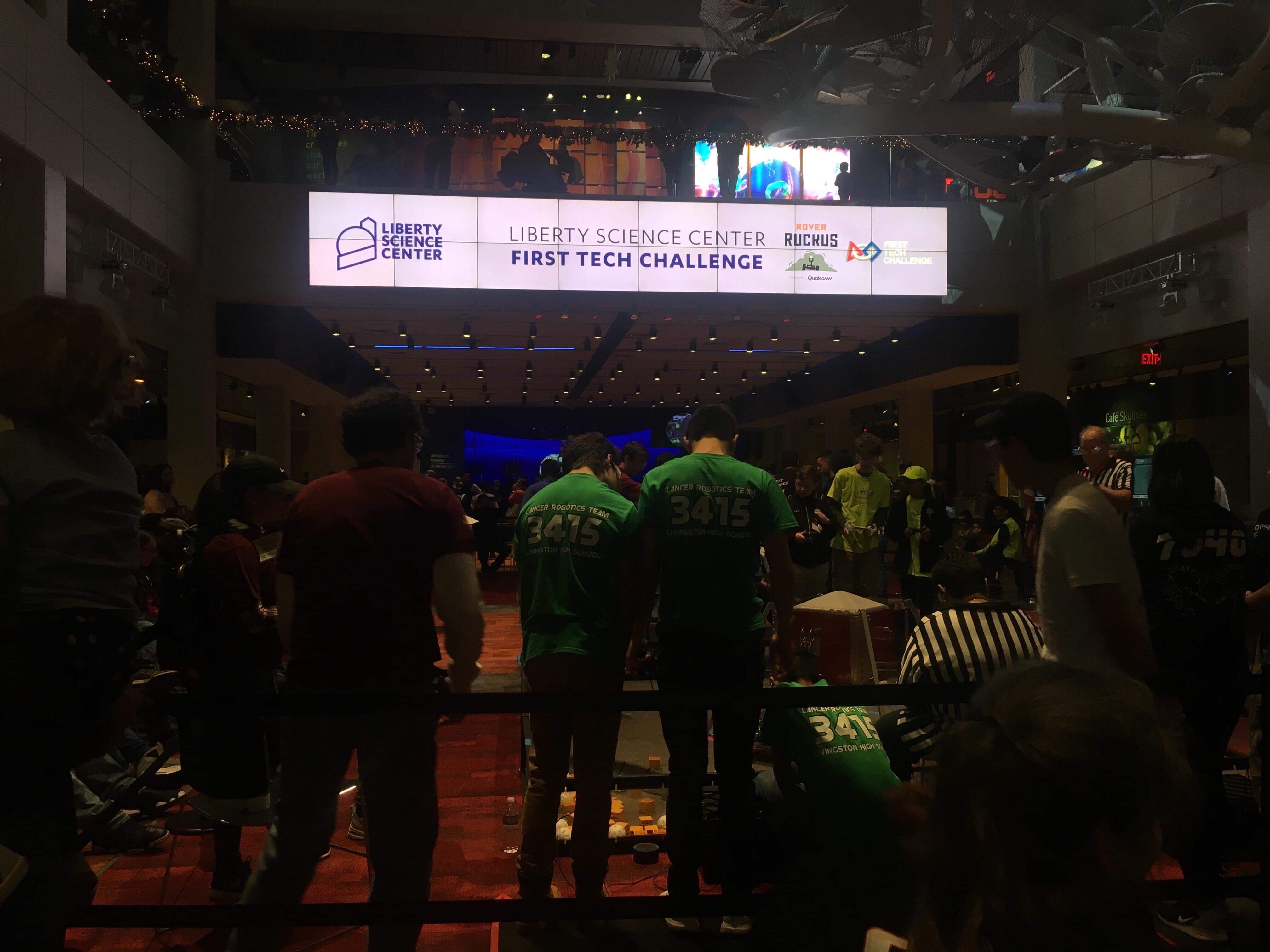 On Sunday, December 9th, 2018, the Lancers attended the RoboJoust Qualifier, which the Lancers also hosted. There, they won the Connect Award, which is focused around outreach and giving back to the STEM community.

On Sunday, December 10th, 2017, the Lancers attended the RoboJoust Qualifier, which the Lancers also hosted. There, they were nominated for the Control award, Motivate award, Connect award, Innovate award, and Think award. Furthermore, they placed 2nd place in the Robot game, and won 1st place Inspire and qualified for the State Championships. 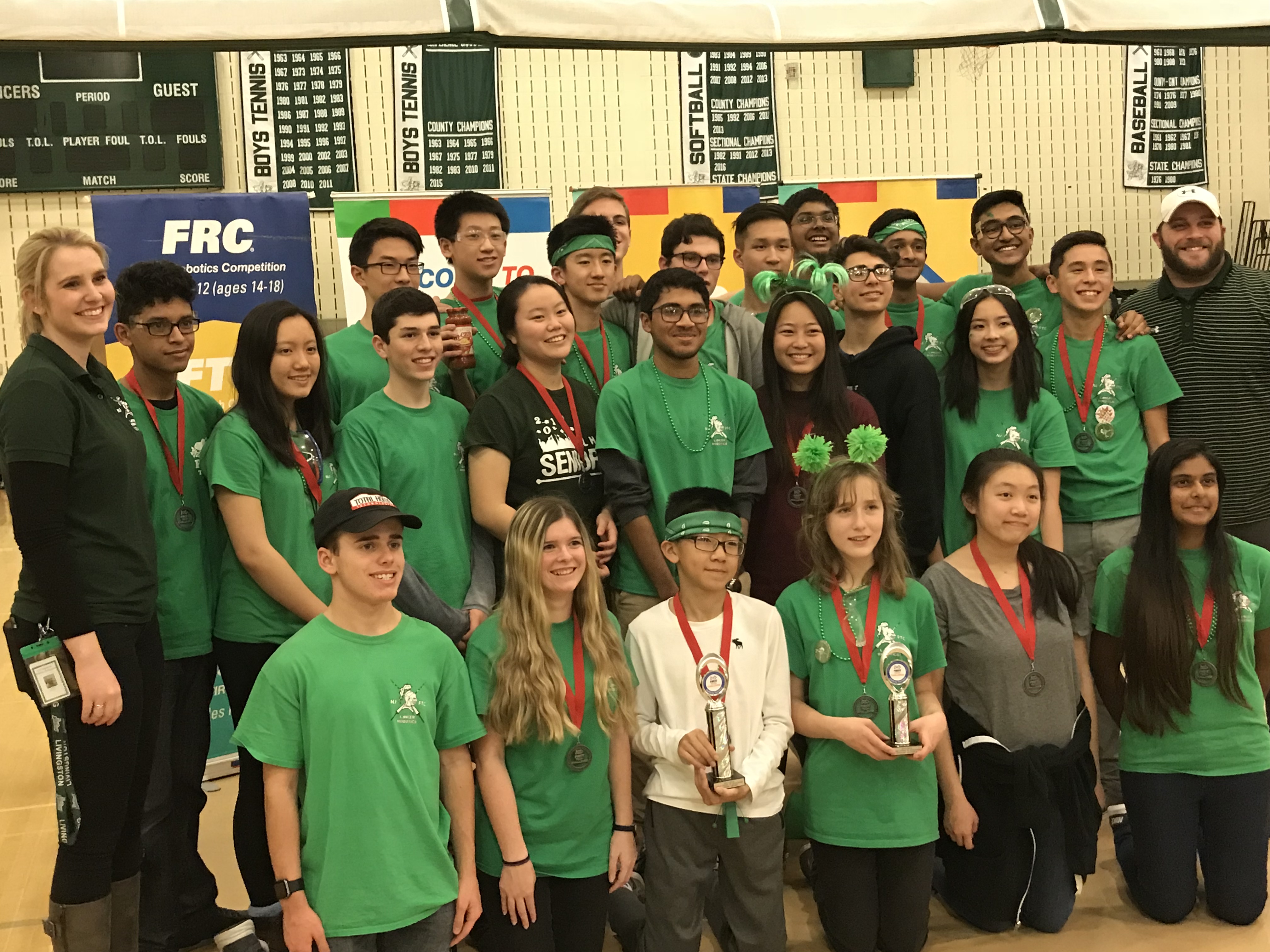 The Lancers travelled to St. Louis for The East World Championship where they were able to bring back the Think Award for best engineering notebook for the 3rd year in a row! 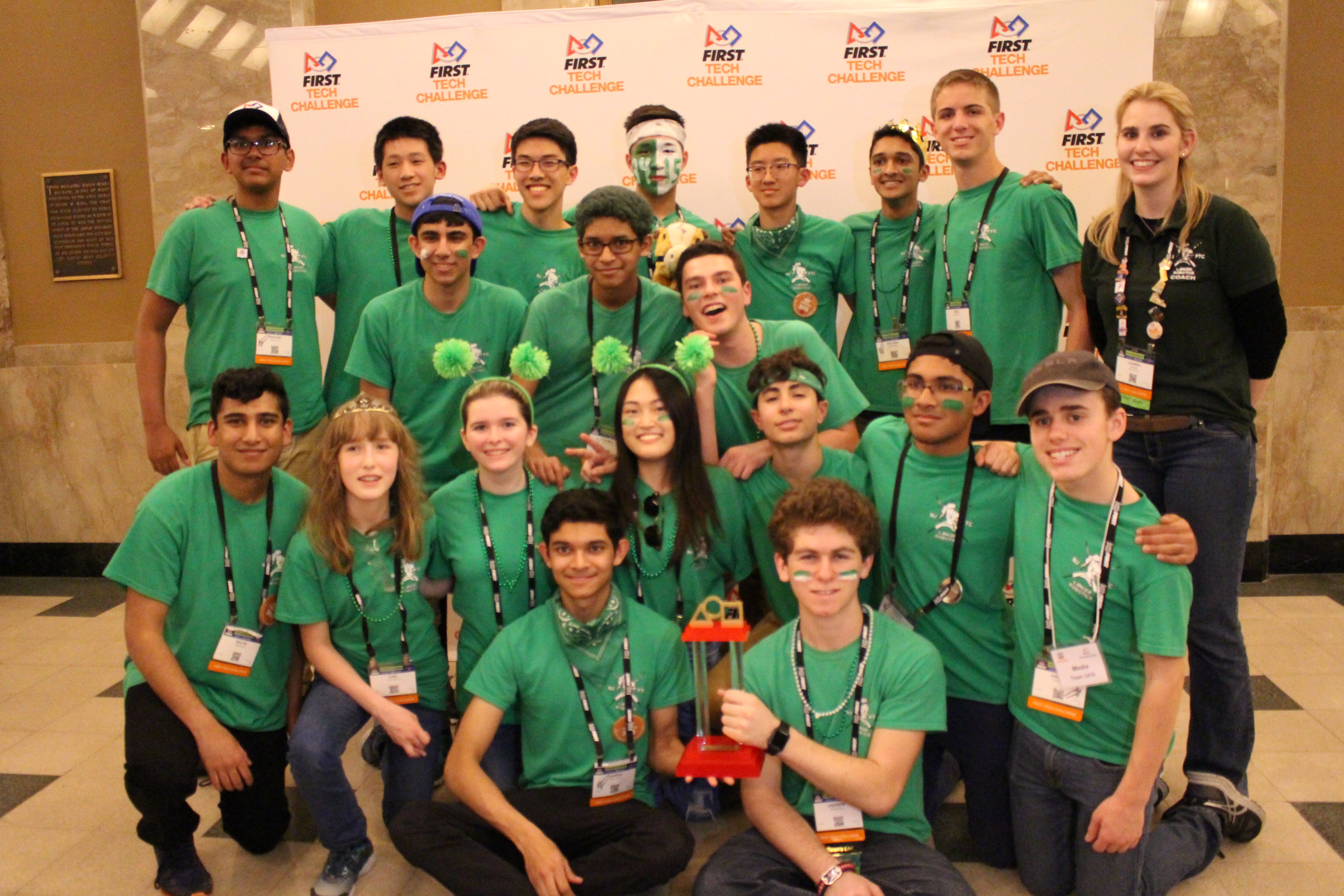 Lancers Are Going to St. Louis!

On March 17th-19th, 2017, the Lancers competed in the East Super Regionals. There they were nominated for the Think award qualifying them for the East World Championship in St. Louis. 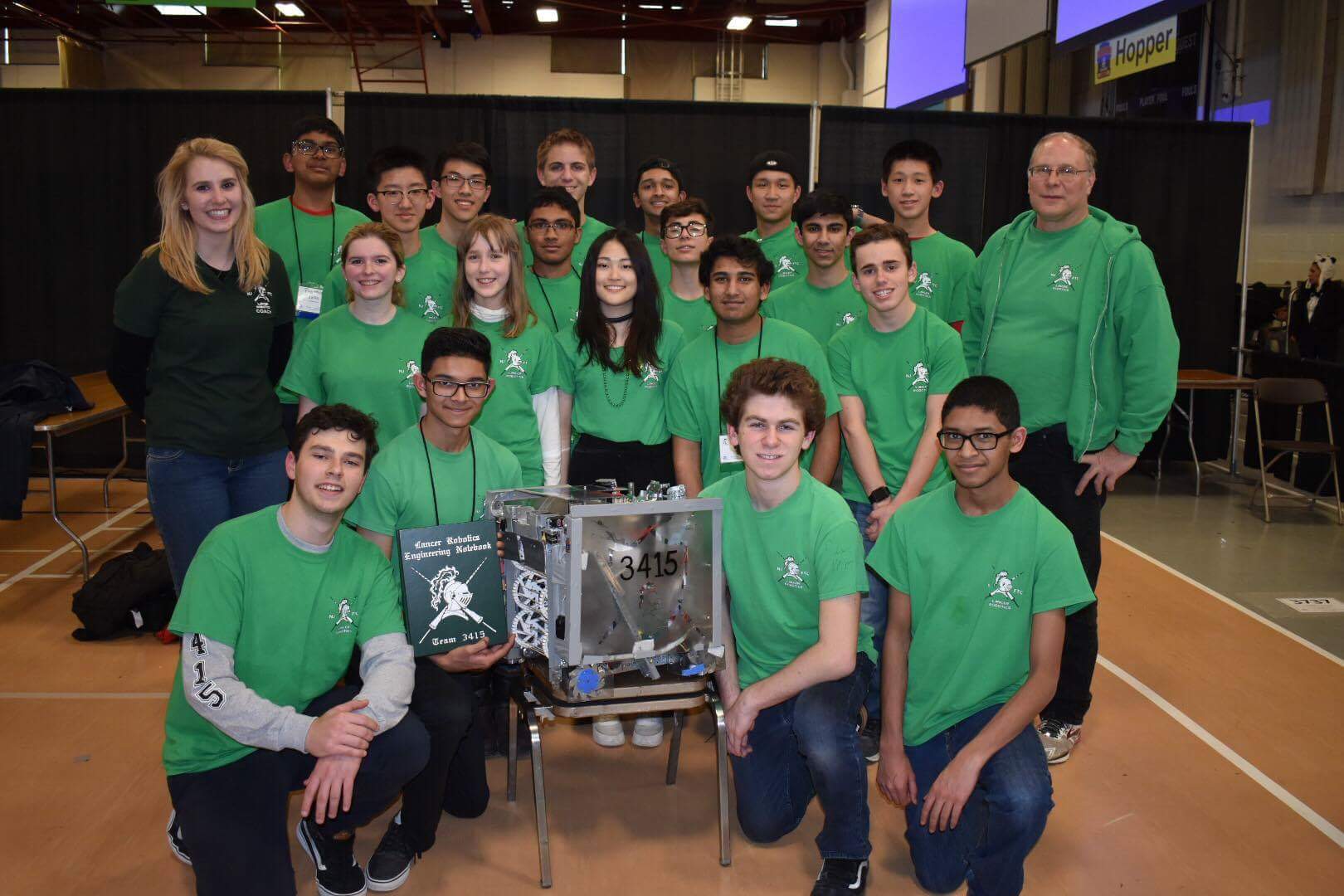 FTC is designed for students in grades 7-12 to compete head to head, using a sports model. Teams are responsible for designing, building, and programming their robots to compete in an alliance format against other teams.

The FTC 2019-20 Game is Skystone. The game is played with two alliances of two robots each. Each robot is controlled by two drivers, a coach, and a human player who loads stones onto the field. The robot's job is to stack the stones in skyscrapers of the maximum possible height.

Every year, team 3415 Livingston Lancer Robotics competes in the anually-changing FTC game. For many years, we have honed in on our skills; we design, build, and program a robot to fulfill the tasks put forth by the FIRST Tech Challenge!

Ms. Atkins has been with us since the very beginnings of the team; after being a founding member of our team, she graduated from our high school, obtained a teaching degree and returned to Livingston, so she can teach at Livingston High School! She is now our coach and mentors us, holding us to a strict standard of gracious professionalism.

As the father of one of our founding members, Mr. Lynn has been with us from the start. We’re extremely appreciative of how much he does for us! He’s always there to lend a hand or give us advice, and has become a key part of the Lancers.

Kamal became captain going into his senior year, and joined the team his freshman year. Kamal is mainly in charge of Build and Logbook documentation on the team, and he plays a pivotal role in ensuring that the logbook is organized and multifaceted.

Will stepped up to the position of captain going into his junior year. Will joined the team as a freshman interested in CAD, and last year he helped develop the robot CAD video and stress analysis tests. Now, he has branched out to building and wiring. As co-captain, Will hopes to teach his team members many of the lessons he has learned in FIRST.

We are high school students developing robots and promoting STEM.

On the Livingston Lancers robotics team, all team members can participate in building and programming the robot, along with participating in competitions. We are known globally for our documentation skills which helped us win the Think Award at the FTC World Championship three times in a row (in 2015, 2016, and 2017).

We are an FTC team, proudly hailing from Livingston, New Jersey. We have competed in FIRST Tech Challenge (FTC) since the '07-'08 season. Gracious professionalism and teamwork are core values of FTC and our team. We also value individual growth; rather than just building a robot, we also build people.

Tweets by @FTC3415
Thanks to our awesome sponsors!! 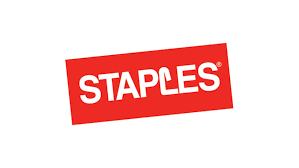